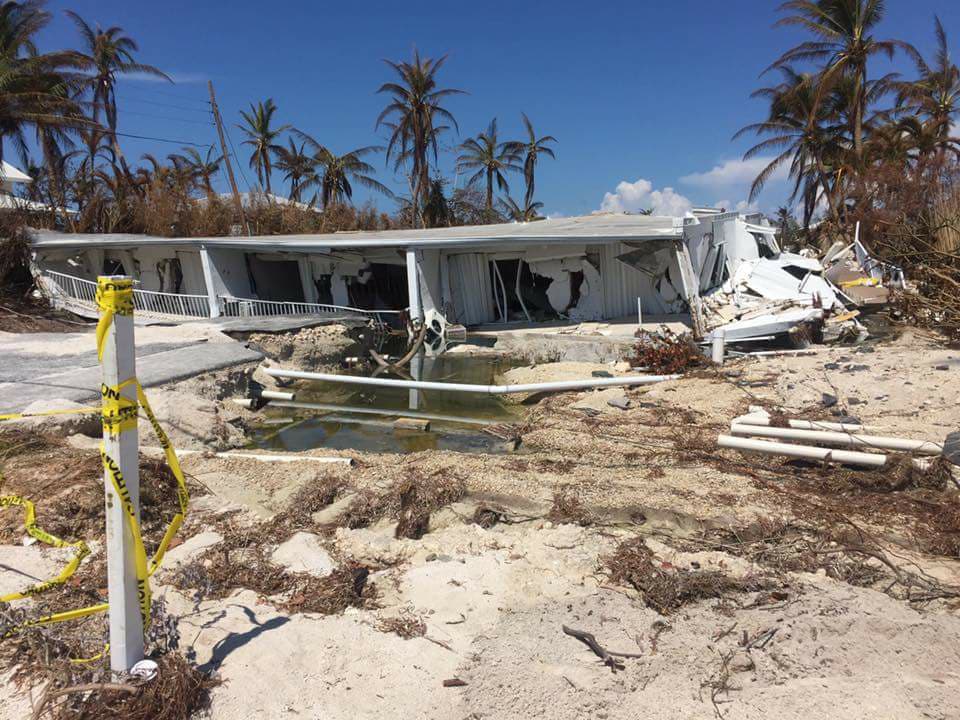 My beautiful, ladies… God is good. Remember a few weeks ago when I wrote about the struggles of not going back to Peru and not understanding why the Lord would keep me home this summer? I don’t have an answer to that yet BUT after Hurricane Irma God allowed me to be able to do local missions and serve the hurting community in my own “backyard”.

First was Naples. My friends’ mom invited me to go with her to serve in Naples and I was like “I’m there!” (That awkward moment when you’re hanging out more with their mom than your friends…). We got up bright and early, made sandwiches for the day, and set out to Naples to meet up with Samaritan’s Purse who had already been on the scene for several days. We were divided into teams and drove to our project sites.

The team I was with was sent to a beautiful Robin’s egg blue little house that looked fine from the outside, but the stacks of wood and furniture that lined the street said otherwise. The inside of her home had flooded with water from a nearby canal water leaving everything contaminated even after the water had dried up. The floors and walls were filling with mold and had to be torn out entirely…

This photo is of her living room and bedroom, or where they once were. This woman has been through more trials than possibly you and I combined. She was orphaned, hopping from country to country as a child, had open heart surgery a few years ago, and the list goes on. Furthermore, she was living in Louisiana when Hurricane Katrina hit and destroyed her last home! “I mean, I’ve made it through all of this so there has to be a reason I’m here, right?” She told us.

Before leaving, we were able to pray for her and gift her with a brand new bible signed by each one of us that had worked in her home. A few days later I was able to go down to the Florida Keys and work alongside Samaritan’s Purse once again to serve the communities affected by Hurricane Irma. I won’t lie, I was really excited about this trip because we were being flown in private planes from Ft. Lauderdale, but I tried my best to stay cool, calm and collected. I failed.

We made it to the Keys and headed out for our project site! Our team was sent to Big Pine Key which is North East of Key West, where we landed. This home was not as fortunate as our friend’s in Naples. They had been working on this house for a few days already but when I arrived this is what I saw. They think there might have been a tornado involved but when they first arrived there were only a few walls still standing and the shower. We tore out the molded flooring, and shoveled out sawdust and cleared out sheds. This home is about 6 blocks from the ocean, but apparently, this area had 5 feet of flooding. I’m 5’2”, that’s insane! Imagine water up to my eyebrows. Almost as proof, we found a giant crab in her shed that was upset about being displaced from his home.

Working through the sawdust and debris I found birthday cards, and trinkets that are now probably worth more than they were a month ago… When the storm passes and leaves destruction in its wake, what do you have left? Are they material things or treasures that can never be stolen, like Hailee wrote about? If you’ve been at work in your community we would love to hear all about it! Send a message or share a photo and tag us @cwlblog!