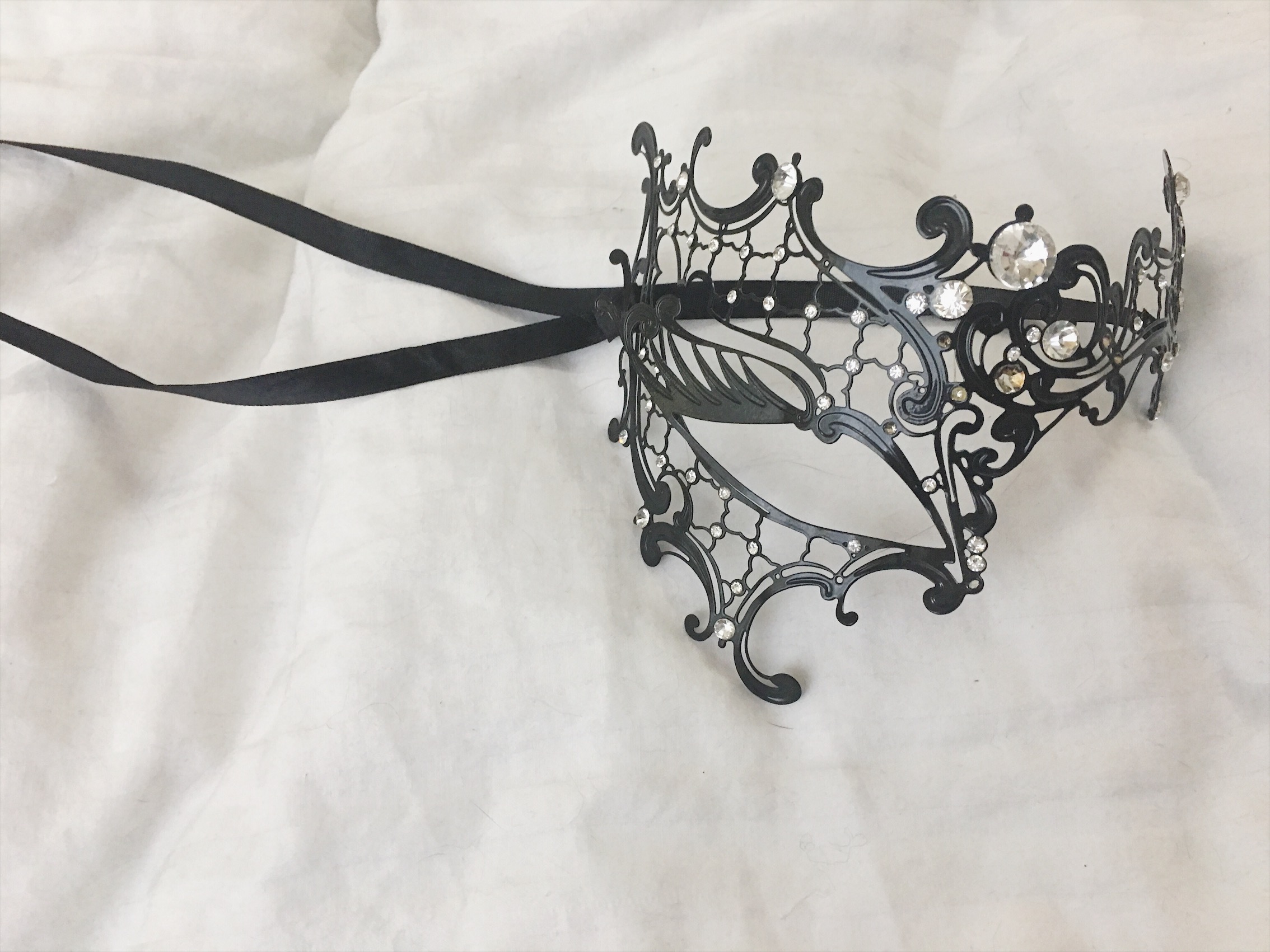 Yesterday, with all of the fun of carving pumpkins, trick or treating, and dressing in costume, brought me to think about how we tend to wear a mask more often than we’d like to admit.

Now, I know how fun dressing up and acting like someone else can be. My favorite activity in high school was theater. When wearing a mask you feel safe enough to portray the character fully. When behind the mask people aren’t able to judge the real you, they’re judging the character itself.

Have you ever worn a mask?

I’m not talking about an actual mask that you wear on your face though.

Do you act a certain way so that you seem better than you are?

There are times when, we as Christians, go through dry times in our faith; when we don’t feel as connected to the Lord as we once were, but instead of delving deeper into the Word, we just act as though everything is okay. We’ll continue in our faith, but not as genuinely as we should be, we just end up going through the motions and only read our Bibles when in church on Sunday mornings.

Maybe it’s a sin that’s causing you to stumble, that’s drawn you away from your faith, maybe you’ve fallen further from the Truth because you’re not putting enough effort into your relationship with the Lord, but whatever it is, you feel a tug to paint this perfect Christian picture, and you don’t want people to know the struggles or mistakes you’re facing.

The Pharisees were talking the talk and dressing the part, but they were wicked and were most definitely not walking the walk. They were full of self-righteousness, greed, and self-indulgence; walking tombs that were empty on the inside.

I know trying to impress people and making ourselves seem better than we think we are is a constant battle we face, but just proclaiming that we’re Christians isn’t enough. We must seek Jesus and pursue a genuine relationship with Him.

God sees right through all of our masks; He’s not fooled by them at all.

So, Crowned Beauty, I’m asking you, that if, when you go to church on Sunday morning, you feel like you’re wearing a mask, to take it off.

Lay down your worries of not being good enough and lay all of your sins at the feet of Jesus.

Let’s make sure our hearts are right before the Lord. Make sure that you’re not just going through the motions and wearing the Christian “mask.”

Humble yourself before the Jesus and ask Him to work in you, so that your praise may be genuine and the relationship you have with Jesus be true.